It wasn’t easy or pretty but the Buffalo Beauts battled their tails off on Saturday night and came away with a 6-5 shootout win over the Metropolitan Riveters, their first win since Nov. 30.

Asked if this was one of the wildest NWHL games of the year, Buffalo All-Star Taylor Accursi, said, “Yes, definitely.”

The Beauts jumped out to early leads of 1-0, 2-0, and 3-1 before the Riveters rallied to grab a 4-3 lead midway through the game. But Buffalo responded with two late second period goals and carried a 5-4 led into the final 20 minutes of regulation. Adding to the drama and mayhem, with 16 seconds left in the second period, Sara Bustad of the Beauts and Madison Packer of the Riveters were ejected from the game after an on-ice tussle.

The game was tied again early in the final period by the Rivs and stayed that way until the tie-breaking shootout that saw two Buffalo shooters seal the deal in four thrilling rounds.

Captain Corinne Buie and Kandice Sheriff scored in the opening period for the Beauts, and Kim Brown, Iveta Klimasova, and Accursi all potted goals in the second period.

“It’s a huge monkey off my back,” said Sheriff, who also picked up an assist in the win. “To get that goal, and then an assist, it feels good.” 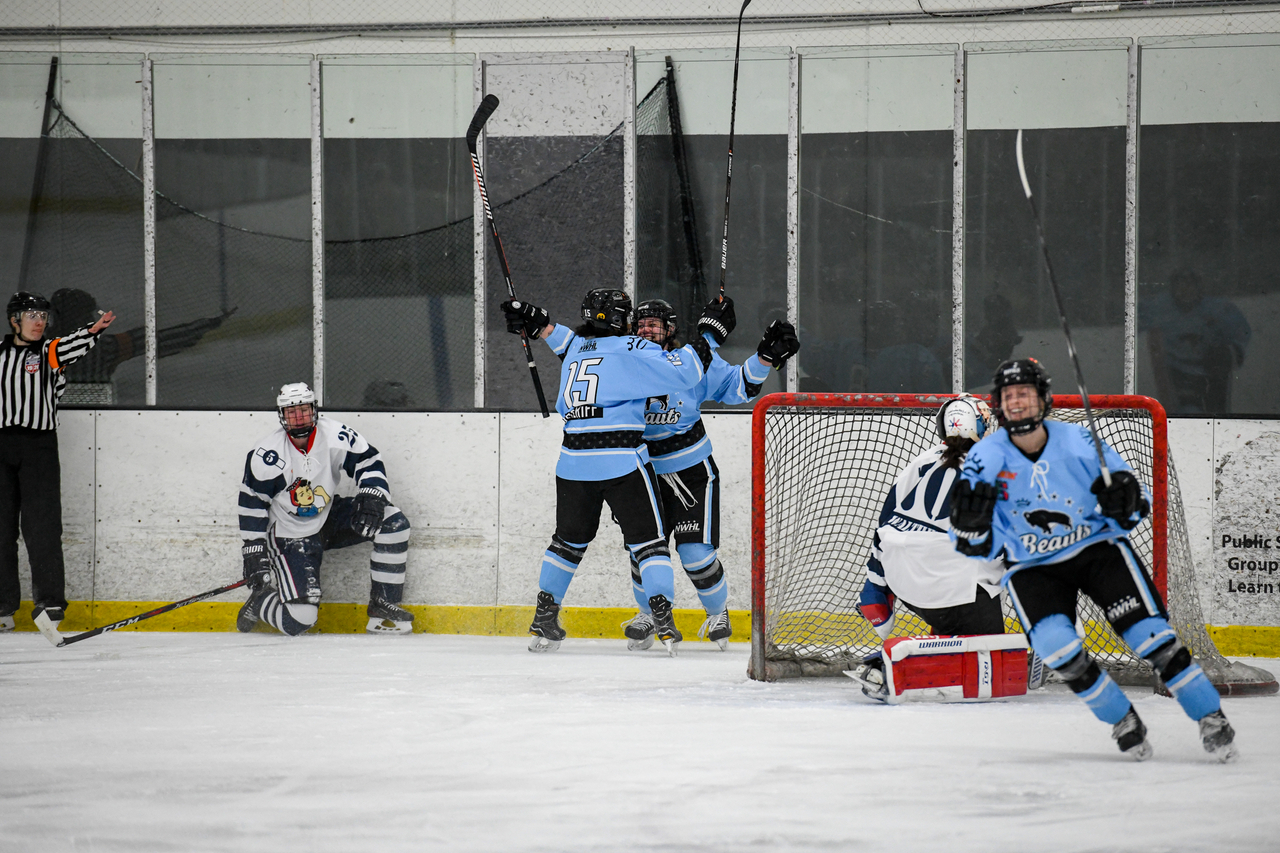 In the shootout, it was Accursi who struck first to match Kate Leary’s tally for the Rivs before Ana Orzechowski scored the deciding goal.

“A rollercoaster of emotions,” said Accursi. “It’s about being mentally tough. Every shift you just bear down and go out there and do what you’re really good at.”

In the shootout Accursi didn’t have her special stick — she gave it to a fan before the game — but as she said with a grin, “I have a new special stick.” And what about the move she pulled off? “All I wanted to do was read what their goalie was giving me, and with the two prior shooters, she was really biting on the shot. So I faked a shot, pulled it to the right, and I went five-hole. It worked out for me.”

And it worked out for the Beauts, who snapped a long losing skid.

The Riveters and Beauts will play again tomorrow at ProSkate at 4:30 p.m. ET. Tickets for that game are available at riveters.nwhl.zone/tickets and fans can watch the action streaming live and free on the NWHL on Twitch.

Confidence and patience the keys to Brochu’s winning...