BOSTON – The Boston Pride of the National Women’s Hockey League (NWHL) have taken their place among the city’s championship teams with two banners now on display at Boston Logan International Airport.

Two banners commemorating the Pride’s Isobel Cup championship in 2016 and regular-season titles in 2019-20 were formally unveiled in conjunction with the Massachusetts Port Authority (Massport). As a precautionary measure during the COVID-19 pandemic, video of the event will be available for viewing on the social media platforms of Massport, the Pride, and the NWHL.

“The Boston Pride are appreciative of the invitation of Massport to include our two NWHL championship teams with the rest of the city’s sports legends,” said Pride President Hayley Moore, who was also general manager of the team in 2016. Added Pride forward Jillian Dempsey, a member of both title teams and captain of the 2019-20 squad: “On behalf of all of my teammates, our coaches and the staffs from the 2016 Isobel Cup champions and the 2019-20 champs, we are proud to have earned this honor and to take our place with Boston’s best.”

The Pride banners are the 40th and 41st banners to hang in the Celebration of Championship Exhibit inside Logan Airport’s Terminal C, joining those won by the Bruins, Celtics, Patriots, and Red Sox. The exhibit was first unveiled in 2013.

In 2016, the Pride won the Isobel Cup in the inaugural season of the NWHL. Last season, the Pride were 23-1 in capturing the league’s regular-season championship. The team advanced to the Isobel Cup Final, but the game was canceled in keeping with public health guidelines during the pandemic.

“Massport is proud to welcome the Boston Pride, the first women’s professional sports team to join our Celebration of Champions exhibit,” said Denise Ridge, Massport’s Deputy Director of Aviation Customer Service. “These pro athletes are not just stars on ice, but they also play important roles in their respective communities. We hope the passengers who see the Boston Pride banners will leave the airport feeling inspired by the team’s hard work and tenacity.” 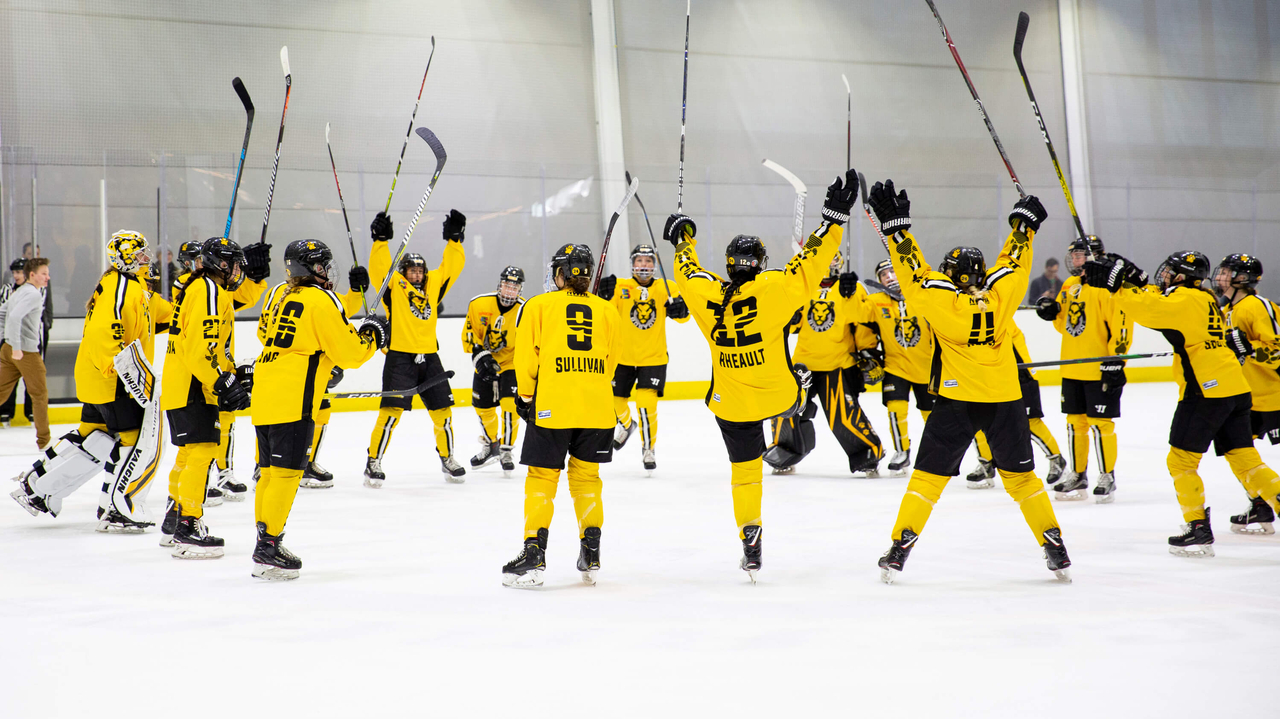