The River Hawks improve to 3-0-0, while the Bulldogs fall in their season opener.

“We were excited to get the two points tonight, obviously we bent at times, but we didn’t break,” said UMass Lowell Head Coach Norm Bazin. “We are pleased with the effort.”

Scott Perunovich got the Bulldogs on the board just two minutes into the third period on the power play. The River Hawks had to kill off a UMD power play with a little over six minutes to go. UMD’s Noah Cates helped the Bulldogs to within one goal at 3-2, but the River Hawks and Wall locked it down in the final minute of the game.

FINAL: DOWN GOES NO. 1!!!!! #RiverHawks earn a 3-2 win in the series opener vs. @UMDMensHockey on 2 goals from Lucas Condotta and another from Chris Schutz… Tyler Wall with 32 saves #UnitedInBlue #HockeyEast pic.twitter.com/FIUkvoNOH3

Condotta added a second goal with five minutes left in the middle stanza and junior forward Chris Schutz (Keller, Texas) added another just 49 seconds later to make it 3-0 in favor of the River Hawks. Condotta finished the game with a team-high four shots on goal.

Condotta got the River Hawks on the board first in the game for his first goal of the season with 14:38 to go in the second stanza. He poked the puck past the pads of UMD goalie Hunter Shepard.

Wall stopped 13 shots in the second period and registered 15 stops in the third stanza. Wall notched two saves on breakaway chances by Nick Swaney. His counterpart Shepard recorded 14 stops in the loss for UMD.

The River Hawks return to action in the series finale against No. 1 Minnesota Duluth on Saturday, October 12th. Game time from AMSOIL Arena is 7pm CT/8pm ET. 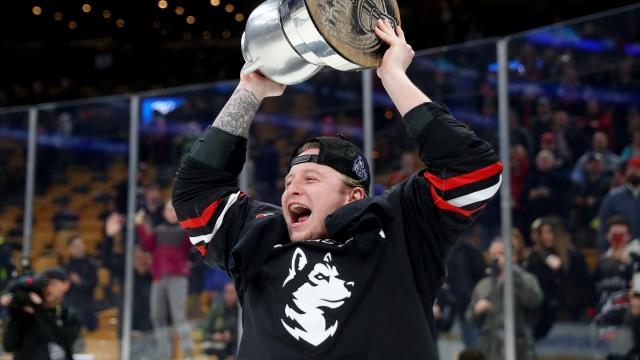 College hockey: No. 14 UMass Lowell take down No. 2 UMass with 2-0 shutout 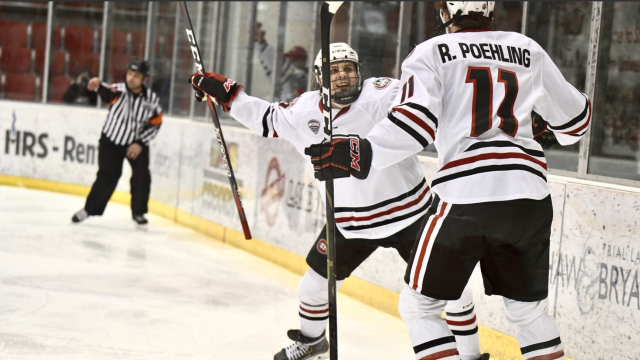