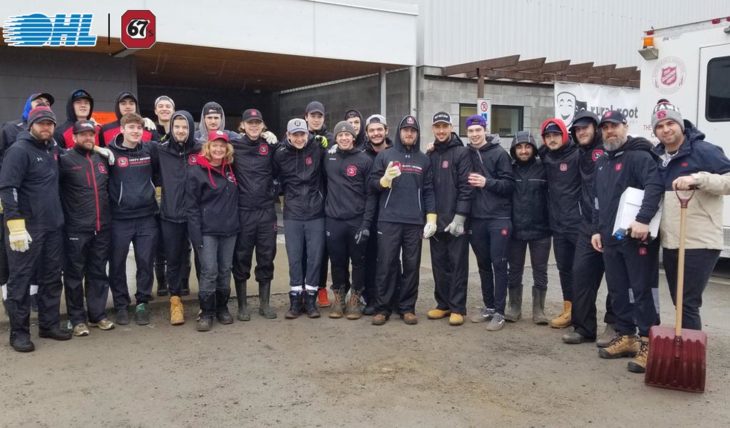 Just two days after winning an Eastern Conference Championship, the Ottawa 67’s were in Constance Bay to assist those affected by flooding in the community.

The team arrived and began filling sand bags to be transported to houses being affected by the flooding.

How do you spend your off day? #67s#NoQuitpic.twitter.com/Ay4pQq5qr6

Local media was also on hand and had the opportunity to speak to the 67’s Head Coach Andre Tourigny.

The 67’s would like to thank West Carleton Disaster Relief for inviting them. If you’d like to get involved in the relief effort please click here.

Behind the All-Star scenes with Rocket’s Hudon |...