Weissbach was the first on the board for the Badgers, netting one midway through the second period at 10:44 to give the Badgers a 1-0 lead over the Gophers. Tarek Baker’s pass found him in front of the net where he was able to lift the puck up and over Minnesota goaltender Jack LaFontaine. Cole Caufield also recorded an assist on the play.

Baker put the Badgers up by two just 1:59 into the third period, netting his second goal of the season on a feed from Sam Stange and Ty Emberson.

Baker from Stange and Ess ⬇️👀

Minnesota got on the board at 7:50 in the third period with a power-play goal from Sampo Ranta, cutting the Badgers’ lead in half.

The Badgers closed out the scoring with a short-handed empty-net goal at 19:06 in the third period from Owen Lindmark to give his team the 3-1 win.

The Badgers effort wasn’t complete without a strong performance from goaltender Robbie Beydoun who made 35 saves and kept the Gophers scoreless throughout the first and second periods.

Forwards Cole Caufield and Dylan Holloway joined the Badgers after returning from the World Junior Championship tournament, winning gold and silver medals, respectively. Holloway, who left for Hockey Canada’s training camp way back in November, had only played two games with the Badgers this season.

Ty Pelton-Byce also returned to the lineup tonight after sustaining an injury on Nov. 19.

These are the lessons learned from the first men’s college basketball NET rankings for the 2020-21 season. 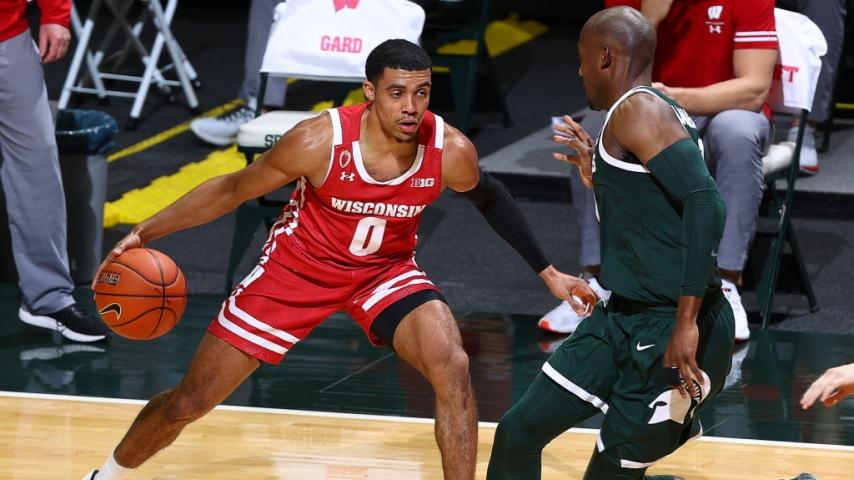 Gonzaga holds steady in the latest AP men’s basketball poll as No. 1, with the Big Ten showcasing nine teams in this week’s rankings.

College hockey awards: Here are the 10...