Each week, NCAA.com will take a look at the best performances from DI men’s college ice hockey. Let’s spotlight the three stars for the week of Nov. 12-18. The sophomore forward led the Big Green to a sweep of ECAC Hockey competition on the road this past weekend.

In Friday’s 4-3 victory over Yale, the Chatham, New Jersey native registered three points on a goal and two assists. On Saturday, he added two goals, including the game-winner in a 4-1 victory against the Brown Bears in Providence.

The Lakewood, Ohio native backstopped the Fighting Hawks to a win and a tie on the road against No. 1 ranked Denver. He made 30 saves in Friday’s 1-1 tie and then made 27 more saves in Saturday’s 4-1 upset victory.

The games marked the first two times all season that Denver had not scored more than one goal in a game. The sophomore netminder improved his season averages to a 1.53 goals-against average and a .924 save percentage.

The senior goalie came through with two big-time performances as the Spartans swept in-state rival Michigan in a home-and-home Big Ten series. On Thursday in Ann Arbor he made 38 saves, including several of the spectacular variety in Michigan State’s 4-3 victory.

The Northville, Michigan native stopped all 35 Wolverine shots on Saturday in a 3-0 win, marking the first time all year Michigan had failed to get on the scoreboard. For the season, Lethemon’s goals-against average dropped to 2.31 while his save percentage improved to .936. 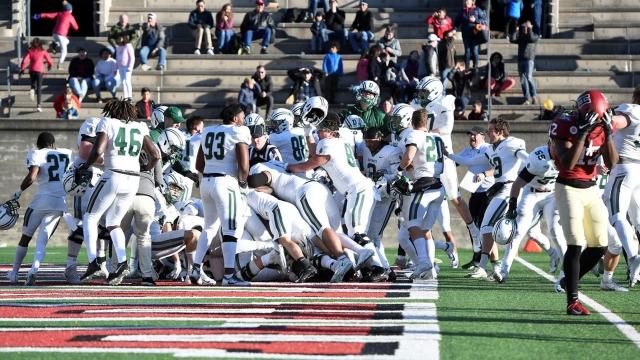 The Dartmouth Big Green defeated the Harvard Crimson 9-6 on a 43-yard Hail Mary. 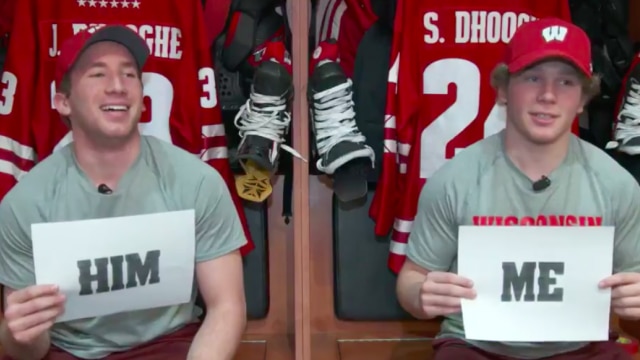 Some of the best athletes grew up playing with their siblings outside of organized practices, so it’s no wonder many of them choose the same sport to pursue. Here are the top men’s hockey teams with brothers you should know about this season.

Check out the top rivalries in men’s ice...

Boston University takes the top spot in the...

Women’s hockey: What to look for in the...

5 college hockey teams that could win their...

Rensselaer knocks off No. 4 Clarkson in men’s...