#NWHLxWISS is a series in partnership with accounting firm WISS that highlights the careers, interests and stories of women in the NWHL as well as women working at WISS.

Metropolitan Riveters defender Cassie Dunne has built her life around her love of sports. The Penn State alumna just completed her second season in the NWHL after making her debut with the Connecticut Whale in the 2017-18 season. When the Philadelphia native wasn’t on the ice playing pro hockey this season, she remained immersed in sports at her day job as a junior publicist for NBC Sports Group on its communications team.

NWHL: Did you always hope to incorporate your passion for sports with your career in public relations?

Cassie Dunne: Yes. I love sport and the community that it fosters. Being able to combine sports with my career is having the best of both worlds.

NWHL: When did you decide to pursue a career in public relations?

CD: I have known since high school that Public Relations and Communications was the industry I was going to enter. For starters, I’ve always been very talkative, and I have always been passionate about building relationships with people. And, English and Science were my best subjects in school, but I was terrible at math, so my guidance counselor told me to stick with a Comms major!

NWHL: What first attracted you to Penn State University?

CD: I initially had a long list of schools that I was interested in, based on sports, the major I was most interested in. At first, Penn State was towards the bottom of my list. Unlike a lot of “Penn Staters,” I didn’t grow up in a Penn State family, so it was never an obvious choice.

After I visited some of the schools on my list and started to hone in on what I thought my major might be, I realized that I wanted a big school with a lot of school pride, one that had a great sports culture, a good PR school, and I wanted it to be close to home. It was kind of a no brainier that Penn State offered all those things. Fun fact – the first memory I have of seeing my dad cry was when I made my decision.

NWHL: What role have sports played in your life and did that role change for you at Penn State?

CD: Sports have always been a constant in my life, and something that I look forward to being able to do every day. They have taught me so many life lessons, introduced me to countless friends, and provided me with mentors and invaluable experiences. I feel so lucky to have a hobby become a profession that has provided me with all those things. They have been a vehicle for personal growth and a place for me to call home. 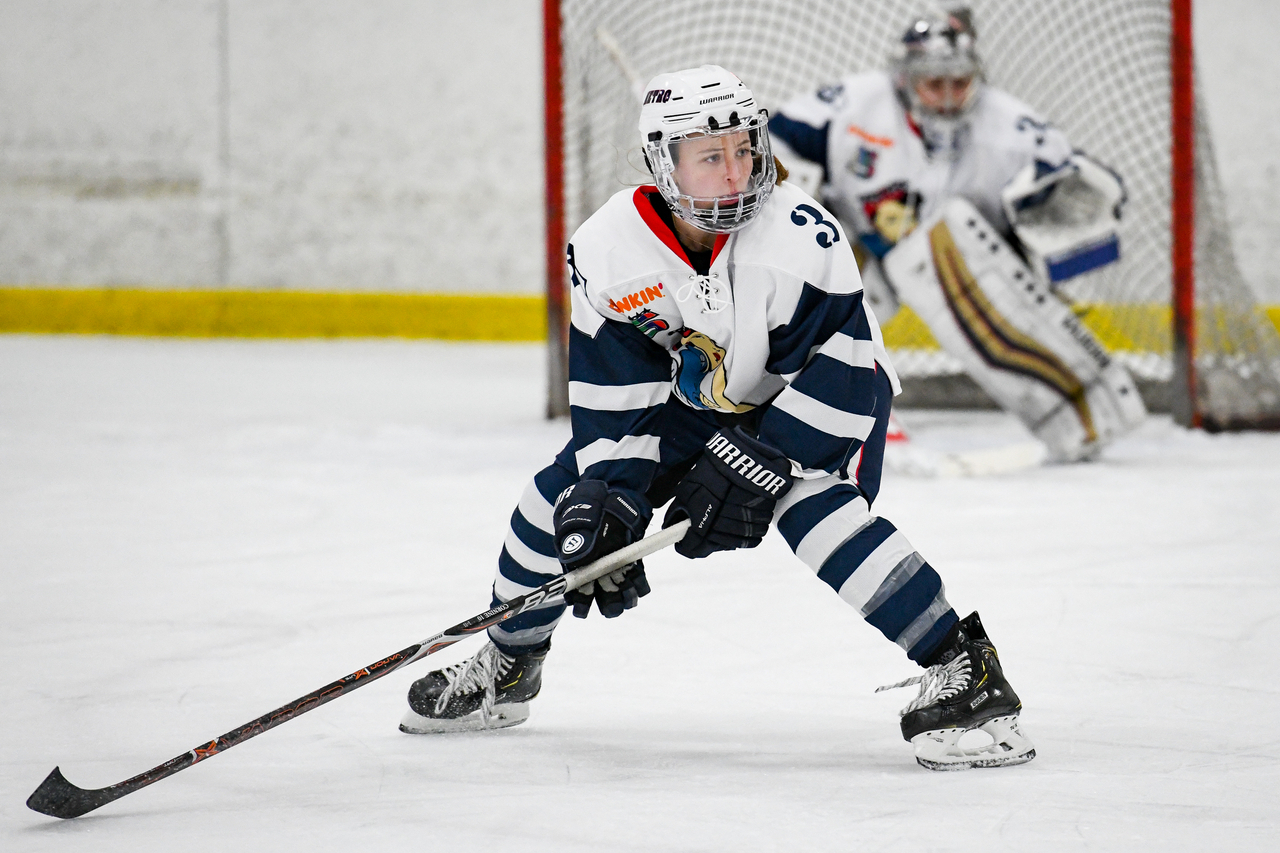 NWHL: What are some skills that you consider to be indispensable for someone who might be interested in public relations?

NWHL: Do your co-workers know about your career as a professional hockey player in the NWHL? What do they think about it?

CD: They do! When I started playing in the NWHL I was working at Comcast in Philadelphia. My team there was so supportive and excited when I told them that I had been drafted to the Connecticut Whale. My team at NBC Sports Group was just the same when I told them I was going to play for the Metropolitan Riveters this season. My Sports Group colleagues are always asking for team and league updates and are excited about the growth of the NWHL. Some even subscribe to the league newsletter and have come out to games this season!

NWHL: What do you do with your free time?

CD: With hockey, work and my daily commute – NBC Sports is located in Stamford, and I live in Manhattan – there isn’t that much free time. So, when I have time I most enjoy being around my family and friends. I also like to bake and explore the city I live in. 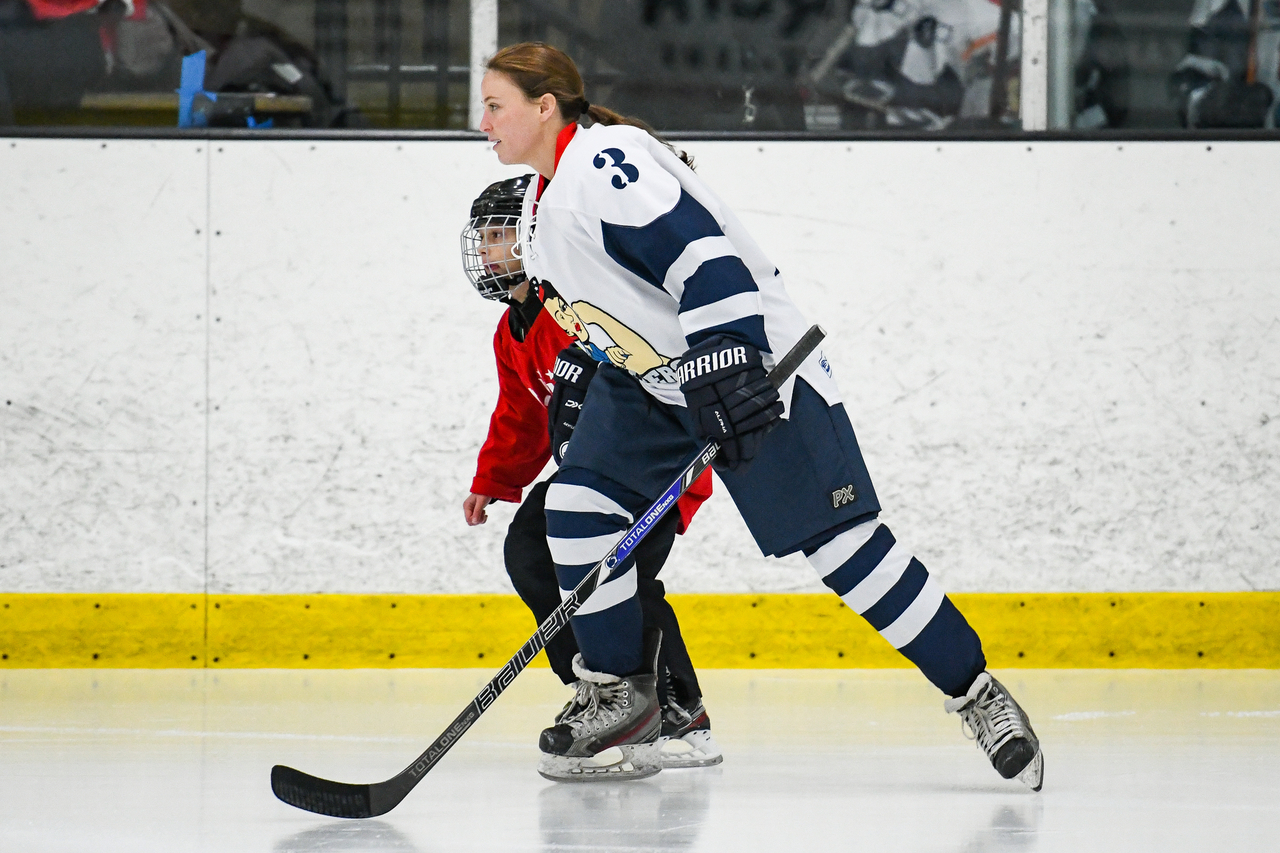 NWHL: Has hockey taught you any lessons that have proven to be valuable in your career?

CD: When I was growing up in Philadelphia there wasn’t much girls’ hockey. My freshman year of high school I tried out for my guys high school team, but I was told that I was too small and that my size was a liability. By my senior year I was captaining the guys’ high school team.

Because of that experience, I have been asked to speak to young female athletes about my hockey career and experiences. Without hockey, and all the valuable lessons it has taught me, like discipline, hard work, and leadership, I would have never had the opportunity to speak to and hopefully inspire those young girls. By having hockey in my life, I learned how to share my story, and how to be confident and strong. All those characteristics and lessons have been so valuable in my career, especially as a woman in a male-dominated sport and male-dominated industry.

Life of a Champion: Jordan Binnington Is Always Searching for More