Eligibility for the 2019 OHL Under-18 Priority Selection included all Midget players (2001 and 2002 birth years) not currently on an OHL Member Team Protected List who were carded with an Ontario based Midget AAA Hockey Club within the Ontario Hockey Federation, Hockey Eastern Ontario, or Hockey Northwestern Ontario in the current season.

A total of 54 players were selected from 35 different teams and included 22 forwards, 18 defencemen, and 14 goaltenders.  51 of the 54 players selected were born in 2002 including 31 with birthdays before September.

For the second straight season a goaltender was chosen with the first overall pick in the OHL Under-18 Priority Selection as the Kingston Frontenacs opted for Aidan Spooner of the Barrie Jr. Colts.  Two more netminders were chosen inside the top four including James Gray of the Toronto Nationals selected by the Flint Firebirds second overall, and Matteo Lalama of the Niagara North Stars chosen fourth overall by the Barrie Colts.  Defenceman Connor Olson of the Elgin-Middlesex Chiefs was the third overall pick by the Erie Otters.

All OHL Member Teams were required to draft a minimum of two players, however to enhance opportunities specifically for goaltenders, clubs selecting a goaltender with one of their selections had the option to select another player (skater only) in a third round.

“In a very short period of time we have seen how positive the OHL Under-18 Priority Selection has been for the players and for our teams,” said Joe Birch, Senior Director of Hockey Development and Special Events. “Congratulations to all 54 players selected today, with special acknowledgment to all families, coaches, and teammates of these players for their support this season and throughout the minor hockey journey. This is your opportunity to continue and get better every single day on and off the ice to showcase yourself and to further your development as a player.”

Picks were submitted online by OHL member clubs and displayed in real-time at ontariohockeyleague.com accompanied by an audio stream. 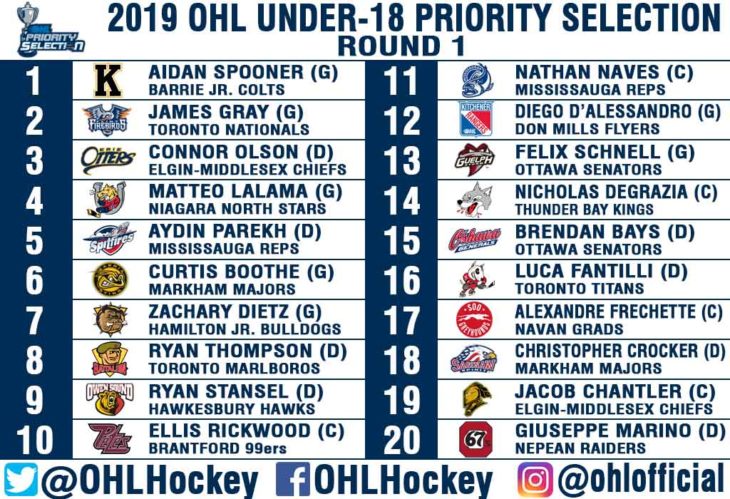 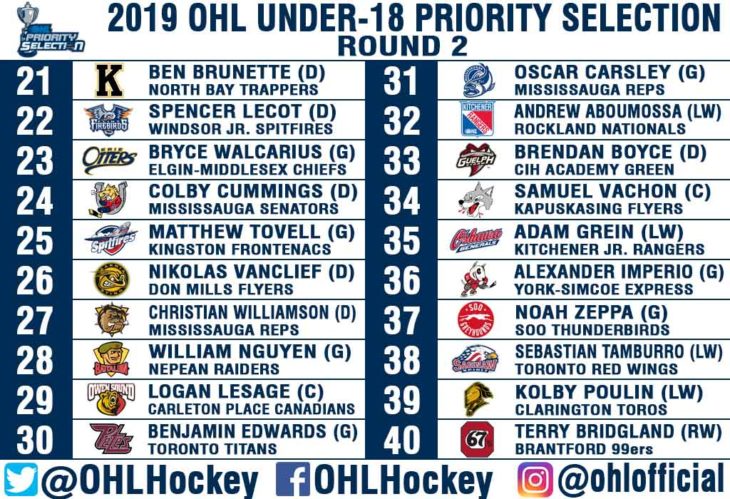 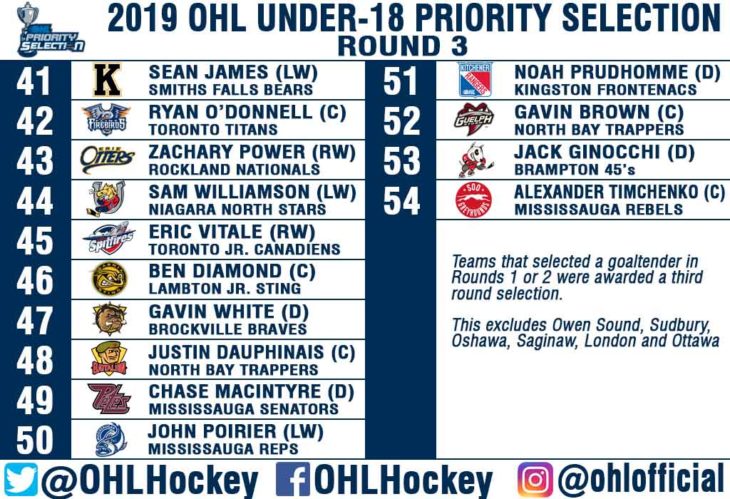 Phase 2: Getting Frosty at the Rink

The BIH Show: Jade, Jordan and the Giants

The Monday After: Four into two won’t...