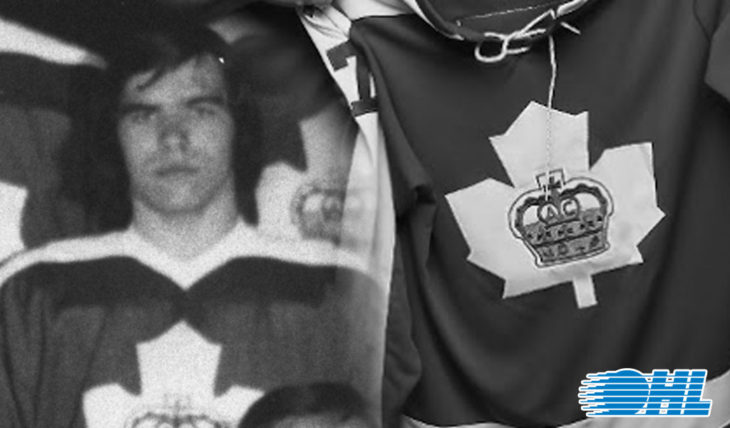 The Ontario Hockey League is deeply saddened by the loss of former Toronto Marlboros defenceman and 1973 Memorial Cup champion John Hughes who has passed away at the age of 66 in Charlottetown, PEI.

Hughes was part of a powerhouse Marlboros program, skating to a Memorial Cup title alongside such names as Hockey Hall of Famer Mark Howe and prolific scorer Bruce Boudreau under head coach George Armstrong. He was known to play a rugged, physical game and played two seasons with the Marlboros from 1972-74, graduating as the team’s captain before embarking on an eight year professional career.

Much of Hughes’ pro tenure was spent in the WHA after he was the ninth overall pick in the 1974 WHA Amateur Draft. He’d spend time with the Phoenix Roadrunners, Cincinnati Stingers, Houston Aeros, Edmonton Oilers and Indianapolis Racers before the league ceased operations. Hughes would then play parts of two NHL seasons between Edmonton and Vancouver, recording 16 points (2-14–16) over 70 games.

Following his retirement in 1982, Hughes made his way back to his native Prince Edward Island where he had worked in the P.E.I. Department of Environment in recent years.

Russell swapping glory for the garden

An unforgettable first season with the Cleveland Monsters...

The grinder who finally lived his NHL dream...

CHL Awards 1-on-1 with Cole Perfetti plus special...

Blum: Cardiff could shock us

Lightning look to bounce back from Game...