The NCAA Playing Rules Oversight Panel approved changes to the overtime format in men’s and women’s ice hockey, starting with the 2020-21 academic year.

Under the new rule, all teams tied at the end of regulation will play a five-minute, 3-on-3 sudden-victory overtime period to decide a winner. If neither team scores, a three-person shootout could be used in conference games or in-season tournaments for advancement purposes.

The “spin-o-rama” move, where the player with the puck completes a 360-degree turn while approaching the goal, will not be allowed.

In regular-season nonconference games that go into overtime, teams are required to play a five-minute, 3-on-3 sudden-victory period. If neither team scores, the result of the game would be a tie.

Finding a way to align NCAA ice hockey overtime rules with those of other hockey leagues has been a thoroughly debated topic in recent years. Once again, NCAA Men’s and Women’s Ice Hockey Rules Committee members had comprehensive discussions before deciding on this proposal.

The panel approved allowing teams to choose which faceoff circle the puck would be dropped in at the start of a power play or after icing violations.

The panel also approved allowing officials to issue a warning on faceoff violations instead of ejecting the center. If a second violation by the same team occurs during the same faceoff, a two-minute, bench-minor penalty for delay of game will be called.

Committee members think this will speed up the pace of play.

While it remains committed to sportsmanship, the Men’s and Women’s Ice Hockey Rules Committee voted to remove the rule that required team members to shake hands after a game. 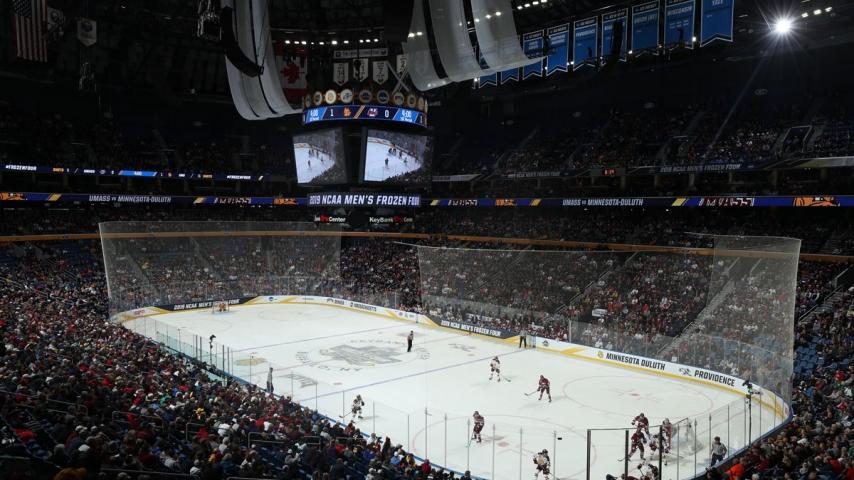 Recommendation calls for 3-on-3 overtime, followed by a three-person shootout in conference games, regular-season tournaments.

Here are the women’s college hockey teams who have the most national championships. Kayla Meneghin Now A Member of The Beauts

Kayla Meneghin Is Now a Member of the...

Mallory Souliotis is Back in Boston for...