Riveters’ Cailey Hutchison to Center Shatalova and Packer for Opener

It was only last December when Cailey Hutchison was selected in the 2018 NWHL Draft pick by the Metropolitan Riveters. Now, as the Riveters get set to open the season on Saturday at 4 p.m. at ProSkate Ice Arena in New Jersey (tickets), the Long Island native is poised to make an impact at the professional level close to home.

Hutchison has been slotted lately in training camp as the center between gifted rookie Tatiana Shatalova and original NWHLer and all-star Madison Packer. For the Riveters to stand up on Saturday against the mighty Pride, Hutchison’s line needs to have a strong debut.

“Our line has a lot of speed that allows us to create a lot of offensive opportunities,” said Hutchison. “And I really enjoy playing with Packer and Tatiana because they push me to work harder.”

The last time the Riveters had a rookie from the University of Maine, things worked out pretty well.

“Audra Richards was one of my closest friends at Maine and when she played here last season I really paid attention to this team,” said Hutchison.

After finishing her collegiate career in the spring, Hutchison joined the Rivs for a few practices at the end of the season. That experience gives her an edge on some of the other first-year players entering the NWHL. “That was an amazing opportunity because I got a good idea of what was expected of me,” said Hutchison. “I was able to see where my game was at compared to players that were in this league already. It definitely gave me a jump-start.”

Hutchison also got a jump on training for the season because she was one of the first players signed by the franchise’s new GM, Kate Whitman Annis. “I have been lifting weights every single day this offseason, just to get stronger,” said the 5-4 forward. “It can be difficult (on the ice) because I am usually a little shorter than most. I work a lot on my explosiveness and strength in off-ice training. On the ice, I work with a skating coach (Jacki Munzel) who also works for the Nashville Predators, and I work on my other skills whenever I can.”

Although she has yet to make her NWHL regular season debut, Hutchison led a successful NWHL Summer Clinic back home on Long Island, is working with the Junior Rangers on a Learn to Play clinic, and joined teammate Rebecca Morse in throwing the first ceremonial first pitch and signing autographs for fans recently at a minor league baseball game in New Jersey.

Fact is, Hutchison has always been dedicated to advancing hockey at all levels – co-founding a hockey club, the Wade Warriors.

“My friend, Ashley and I founded the Wade Warriors, a spring team that brings girls, ages 7-19, together from all over the world to compete at high-level showcases,” Hutchison said. “Growing up, girls’ hockey often came second to the boys’ program. Our mission was to provide the girls with a program that put them first and provided them with positive female role models. While we are based out of Long Island, we travel all over for tournaments and camps. I currently work as the coaching director and off-ice coordinator. My goal is to push our girls to be the best they can be on the ice as well as off-ice through video analysis, nutrition education, injury prevention, and guidance on prep schools and colleges.”

With so many new faces on the Riveters roster there is a prime opportunity for the 22-year-old Hutchison, who was an alternate captain for the Black Bears, to nab a starring role as the franchise embarks on its fifth campaign.

“Playing in this league was something that I wanted and worked towards and it’s pretty cool that it became a reality,” she said. “I’m really excited to start the season and thankful to be a part of something special. There is no better feeling than getting to play alongside other talented players in a platform like the NWHL where we have the opportunity to reach so many young girls and inspire them to dream big.” 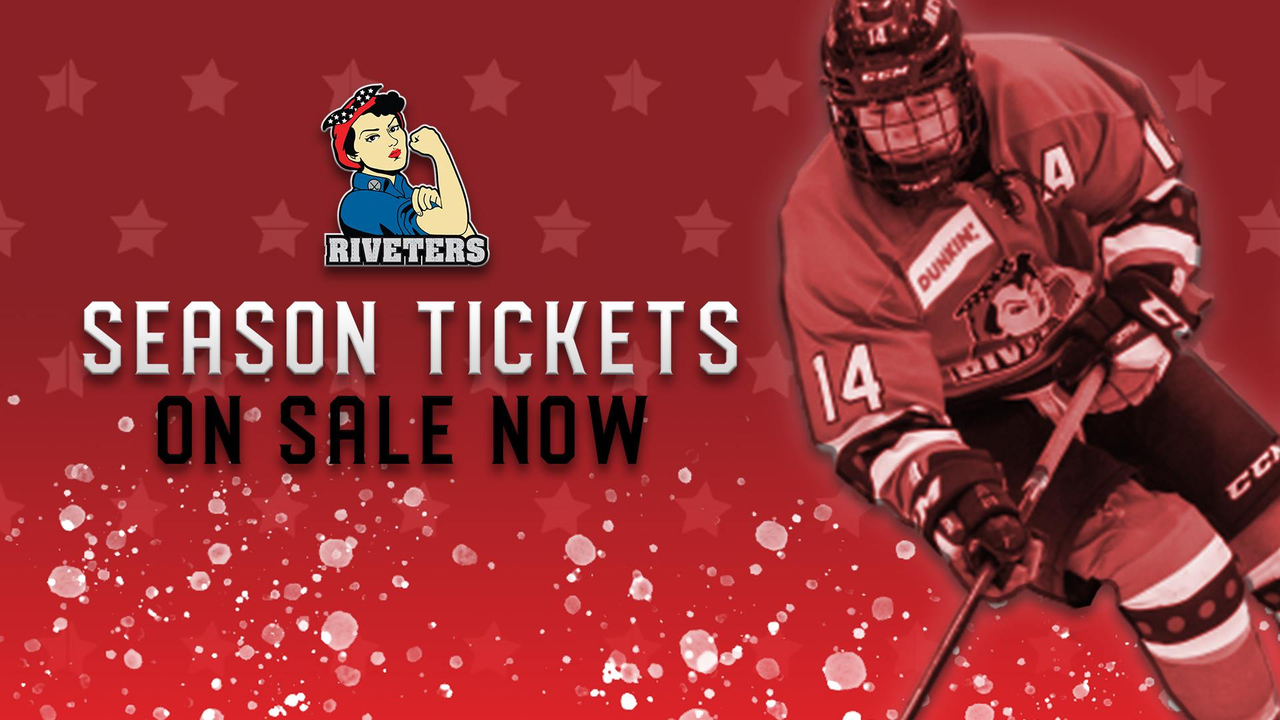