Trending Now
‘Nothing to lose’: The Connecticut Whale have their...
AHL heading to Las Vegas in 2020-21 |...
How many games should Andersen start for the...
AHL Contenders: Breaking down the top six hopefuls...
OHL Academic Players for February – Ontario Hockey...
Will the red-hot Rangers snatch a playoff spot...
SHARKS PROSPECTS IN GOOD HANDS WITH CHIASSON AND...
Leveille Ready for Regular Season Finale and Playoffs...
Greatest Games: The Golden Goal – No. 5...
OHL Announces Postponed Game Between Mississauga and Owen...
Home Leagues Rivs Talk With Falk: Final Homestand Begins Against Whale
LeaguesNWHLWomen's Leagues

When the story of the 2019-20 Metropolitan Riveters is written, the first word that should come to mind is resiliency.

This team has had to fight back from many different obstacles this season. A roster full of newcomers had to work together to gel on and off the ice during an early-season schedule full of road games. Furthermore, the Riveters had to adjust to a new head coach and a new building. Brick by brick, they had to rebuild and redefine Riveters hockey.

Tough losses have also been part of this season’s story. The Rivs squandered a third period lead against the Boston Pride in their home opener, were routed by the Minnesota Whitecaps 9-2 the following week and recently lost 4-3 in overtime to the Connecticut Whale. However, they have managed to claw their way into third place in the standings, overtaking the Buffalo Beauts thanks in part to a memorable victory in the Labatt Blue NWHL Buffalo Believes Classic.

The Riveters will need to rely on that resiliency in this final stretch. Their final seven games are all at home, which gives them a chance at chasing home-ice for the playoffs. Even more importantly, this homestand provides the Rivs with a chance to polish their game in front of their fans at ProSkate.

This weekend the Riveters are ready for a rematch with the Connecticut Whale — another team that has been defined by its resiliency this year. The Riveters and Whale play Saturday at 6:30 p.m. ET and again on Sunday at 4:30 p.m. ET at ProSkate. Tickets to both games are available at riveters.nwhl.zone/tickets. Fans can also watch the action streaming live and free on the NWHL on Twitch.

Here are my three keys to this weekend’s matchup against the Whale.

If you look back at the last two Riveters games, in particular, the Whale and Pride both scored a bunch of goals from right out in front. Needless to say, it’s never a good idea to leave opposing players wide open in the slot and around the net. The royal road, as it is called, right down the middle of the offensive zone from the tops of the circles to the crease, has been a soft spot for the Riveters defense.

Teams have taken advantage of it and that has to stop immediately if the Rivs want to return to their winning ways. The Riveters defense must be structured and aware of when that portion of the ice is uncovered and make sure nobody beats them to that spot.

The Rivs finished on the few opportunities they generated on Monday against the Boston Pride which resulted in them getting three on the board against the NWHL’s only undefeated squad. However, they struggled to finish the last time they played the Whale.

On Jan. 11, the Whale found a greasy goal with the goalie pulled and the extra attacker on the ice to force the game into overtime. The Riveters out-shot the Whale 40-26 in that game, but shots don’t win hockey games — goals do. It’s worth noting that the Rivs went 1-for-5 on the power play in that contest.

This weekend the Riveters need to control the puck and tilt the ice, but also need to finish on the chances that they generate. The Whale are much improved from the team we saw back in October and November and excel at blocking shots. So, the Riveters’ skilled forwards need to get creative if they want to come away with a victory or two this weekend. 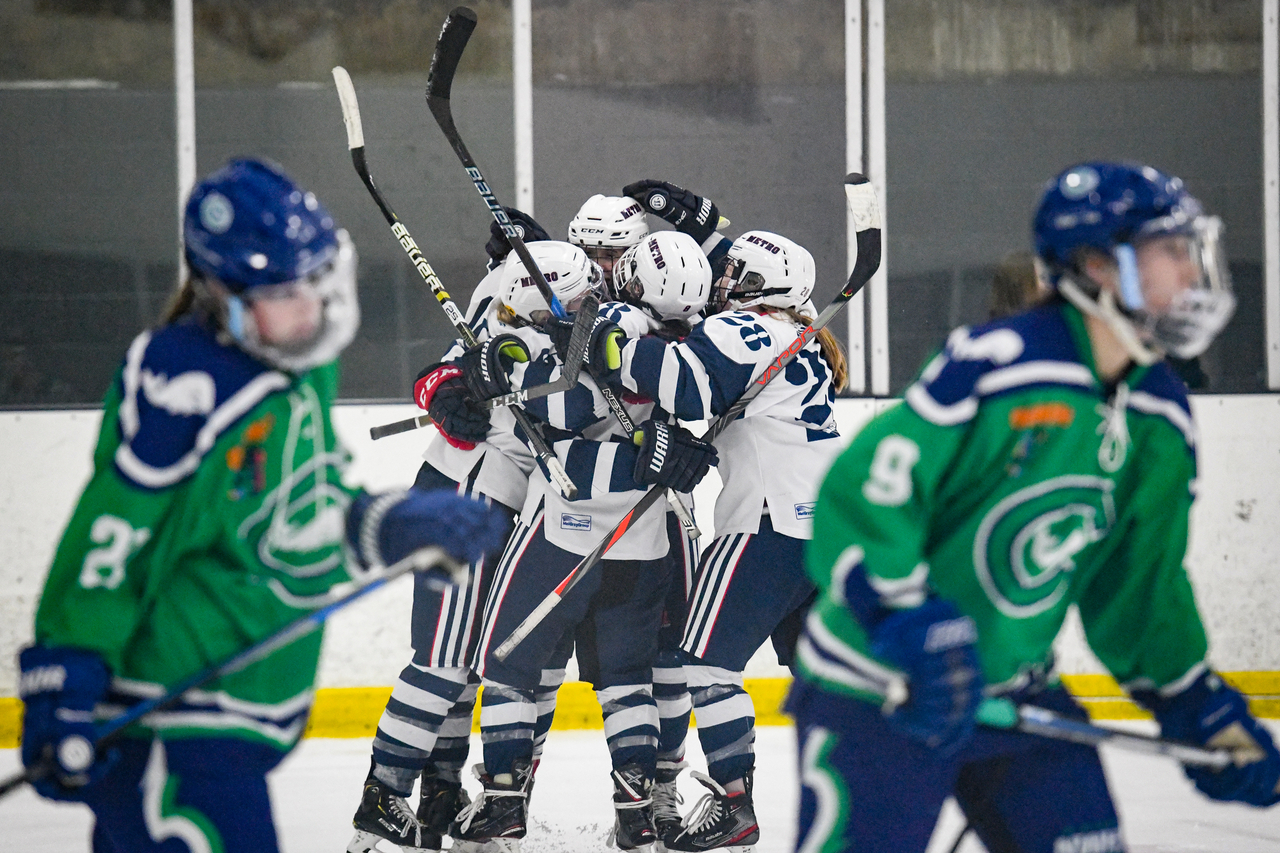 The Riveters have played the fewest games in the league and yet have the second-most penalty minutes. It has been a theme from the start of the season. It’s a trend that needs to stop.

On Jan. 11, it was a major penalty assessed to Mallory Rushton at the end of regulation that set the stage for the Whale’s power-play goal in overtime. But, before Rushton’s penalty, the Riveters took the only minor penalty of the second period and a penalty 1:13 into the third when Cailey Hutchison was called for hooking. On Monday, the Riveters took four of the last five penalties in the game, one of which resulted in the Christina Putigna goal that extended Boston’s lead to 5-3.

There are times when a big penalty kill can energize a team and swing the momentum of a game, but that has rarely been the case this year for the Riveters. Instead, penalties have derailed the Rivs’ momentum and prevented them from gaining a foothold late in games when they are playing catch-up or looking to add an insurance goal. This weekend, the Riveters need to stay out of the box. Easier said than done.

SHARKS PROSPECTS IN GOOD HANDS WITH CHIASSON AND...

Riveters in Playoff-Mode as They Prepare for Regular...

Biggest surprises of the NHL playoffs so...