Veteran defenseman Oleksy eager to give back to WBS Penguins

WILKES-BARRE — The Wilkes-Barre/Scranton Penguins are close to finalizing the roster they will take into Saturday night’s AHL opener in Hershey against the Bears.

The Penguins completed Thursday’s workouts with 25 skaters and three goalies on the roster, then added scorer on Friday when the team signed former first-round pick Stefan Noesen to an AHL contract for the season.

“We have to make a few more cuts,” first-year Penguins coach Mike Vellucci said after Wednesday’s practice and before trimming the roster by two. “We had a lot of players on the ice.

“It’s hard to run a practice with six lines.”

The roster likely will be down closer to the four forward lines for game action between now and Saturday.

“We have a couple guys coming back from injuries,” Vellucci said. “We just have to make sure we see what happens with those injuries.

“Once we get clearance, we’ll make some adjustments.”

With all the roster fluctuations that occur on the top level of the minor leagues throughout a season, even those who depart between now and Saturday have hung around camp long enough to make them top candidates to return. Wednesday’s cuts, goalie Alex D’Orio and forward Ryan Scarfo, each remained in the Pittsburgh Penguins system, going to the Wheeling Nailers of the ECHL.

A look at the roster, as of the end of the day Thursday:

Age/Hometown: 28/Rochester, N.H. Notable: Spent all of last season in the NHL with Pittsburgh, going 15-11-5 with three shutouts, a 2.75 goals against average and .916 save percentage. … Undrafted out of the University of New Hampshire, he played 62 games with Wilkes-Barre/Scranton over three seasons (2015-18). … Stopped 18 straight shots in overtime to finish with a franchise playoff record 59 saves as a rookie in a series-clinching, 5-4, double-overtime win over Providence in the 2016 Calder Cup Playoffs. … Led the AHL in GAA in 2016-17 at 2.01.

Age/Hometown: 30/Watson, Sask. Notable: Played with two AHL teams last season, moving from Hartford to finish up with Vellucci during the Calder Cup title run in Charlotte. … One of the AHL’s most productive all-time goalies has played in 373 regular-season and playoff league games over 10 seasons. … Was perfect with Charlotte, going 7-0 with a 1.14 GAA and .956 save percentage in the regular season, then 5-0 with 1.74 GAA and .935 percentage in playoffs. … Also won a Calder Cup with Norfolk in 2012. … His next AHL shutout will move Tokarski into a tie for 10th in league history with 27.

Age/Hometown: 23/Lahti, Finland. Notable: Undrafted by the NHL, the rookie is coming off a championship season in which he was in goal for all 18 playoff games for HPK in Finland’s top professional league.

Age/Hometown: 29/Marshfield, Mass. Notable: Named Thursday as team captain, Warsofsky has been in that role before. He was captain for the United States National Team Development Program as a teenager and captained Team USA to a bronze medal at the 2008 U18 World Junior Championships. … Spent all of last season in the AHL after playing 55 NHL games for four different teams over the previous five seasons. … Combined for two goals and nine assists in his NHL career.

Age/Hometown: 28/Port Elgin, Ont. Notable: After playing 50 games for Bridgeport in 2014-15, has played at least 65 games in the AHL each of past four seasons. … Entering third year with Penguins after producing eight goals and 48 assists in 136 games. … Named alternate captain Thursday. … Played 13 NHL games for New York Islanders in 2013-14.

Age/Hometown: 21/Kirkkonummi, Finland. Notable: The rookie defenseman joined goalie Emil Larmi in winning a Finnish professional title with HPK last season. … Drafted by Pittsburgh in the fifth round in 2016.

Age/Hometown: 33/Chesterfield, Mich. Notable: The team’s oldest player by more than 3 ½ years opens the season on a Professional Tryout Contract, which he signed after training camp began. … Served as alternate captain during his previous stint here in the 2015-16 and 2016-17 seasons. … Has played in 411 AHL and 73 NHL games in his career.

Age/Hometown: 26/Leduc, Alb. Notable: Played 63 games for the Penguins last season, compiling 12 assists. … After a four-year career at Rochester Institute of Technology, Abt scored a goal in his professional debut with the Wheeling Nailers of the ECHL March 9, 2018.

Age/Hometown: 24/Toronto, Ont. Notable: Signed an amateur tryout contract in March after completing his career at Boston College. He played two games and had an assist. … Led BC defensemen in assists each of the past two seasons while serving as co-captain.

Age/Hometown: 24/Grand Franks, N.D. Notable: Another player who signed an ATO in the spring, he scored a goal at Lehigh Valley April 7 in his AHL debut. Finished with a goal and an assist in three games. … Played 147 games over four seasons at St. Cloud State where he was part of championship teams the past two seasons.

Age/Hometown: 20/Chambly, Que. Notable: The youngest player on the roster was a first-round NHL draft pick by the Arizona Coyotes in 2017. … Came to the Pittsburgh organization in June, along with Alex Galchenyuk in a trade for Phil Kessel, Dan Birks and a fourth-round pick in the 2021 NHL Draft. … Spent last season in the Quebec Major Junior Hockey League where he had nine goals and 38 assists while playing in 62 games for two teams.

Age/Hometown: 24/Trail, B.C. Notable: Made an immediate impact following the completion of his career at Michigan Tech, scoring six goals in 15 games as a late-season addition to the Penguins on an amateur tryout contract. … Was Michigan Tech captain as senior and top scorer as junior and senior.

Age/Hometown: 26, Toronto, Ont. Notable: Anaheim’s third-round pick in the 2011 draft has played in 59 career NHL games. … Had a career-high 116 penalty minutes last season, along with four goals and 12 assists in 56 Penguins games.

Age/Hometown: 28/Mississauga, Ont. Notable: The biggest player on the Penguins roster at 6-foot-5, 239 pounds. … A third-round pick by Toronto in the 2009 NHL Draft made it to the Maple Leafs for two games in 2013-14. … Has played in 324 AHL games over eight seasons, including 27 last season with the Toronto Reign.

Age/Hometown: 28/Kleinburg, Ont. Notable: Played 11 games last season with the Colorado Avalanche, bringing his career total of NHL games to 21. … Averaged more than a point per game with Colorado Eagles in the AHL with 26 goals and 34 assists in 56 games last season.

Age/Hometown: 25/Hibbing, Minn. Notable: Played six games, including his NHL debut, with the parent Pittsburgh Penguins last season, posting two assists. … Had 18 goals and 25 assists in 67 AHL games with Wilkes-Barre/Scranton last season. … Played two seasons at Minnesota-Duluth where he led freshmen in goals and was the team’s second-leading scorer as a sophomore.

Age/Hometown: 25/Markham, Ont. Notable: Played for two AHL and two NHL teams last season when he was traded from Anaheim to Pittsburgh in January. With three games for the Ducks and six for the Penguins, he boosted his career total to 80 NHL games. … Posted 43 points while splitting his 54 AHL games in 2018-19 in half with San Diego and Wilkes-Barre/Scranton. … Was drafted by Colorado in the sixth round of the 2012 NHL Draft.

Age/Hometown: 27/ Keuruu, Finland. Notable: Was one of the top 10 scorers on the top level of Finnish professional hockey each of the past two seasons. … Signed by Pittsburgh in April as a free agent.

Age/Hometown: 28/Ottawa, Ont. Notable: Played 43 AHL games last season, 26 of them after joining the Penguins. … Had seven goals and three assists during his time here. … Seventh-round draft pick by the Boston Bruins in 2009 NHL Draft. … Played two NHL games with the Ottawa Senators in 2017-18.

Age/Hometown: 20/Kitimat, B.C. Notable: Selected by Pittsburgh in the fifth round as an overage player in the 2018 NHL Draft. … Piled up 111 points in 64 games last season for the Moose Jaw Warriors of the Western Hockey League (Canadian Juniors).

Age/Hometown: 20/North Vancouver, B.C. Notable: In 2015, was the alternate captain with Team Canada’s 17-and-under squad. … Played three games with the Penguins last season. … Had 33 goals and 50 assists for Lethbridge last season in juniors in the Western Hockey League.

Age/Hometown: 25/Caldaro, Italy. Notable: Entering his fourth season with the Penguins. … Had seven goals and eight assists in 29 games before having his 2018-19 season cut short by injury. … Was picked by the Washington Capitals in the fourth round of the 2012 NHL Draft.

Age/Hometown: 24/Hollidaysburg, Pa. Notable: The only Pennsylvania native on the roster had 13 goals and 36 assists for the Penguins in 70 games last season. … Led the Penguins in assists and was fourth among AHL rookies in that category last season.

Age/Hometown: 24/St. Louis, Mo. Notable: The former Penn State player joined the Penguins for six games last season. He had a goal and an assist.

Age/Hometown: 23/Albany, N.Y. Notable: Scored in double figures in goals in each of three seasons at Cornell University. … Had 16 goals and 13 assists in 65 games last season, his first with the Penguins.

Age/Hometown: 26/Plano, Texas. Notable: A former first-round pick of the Ottawa Senators in 2011, played the bulk of the last three seasons with the New Jersey Devils and spent all of the last two in the NHL. … Has long history with Penguins coach Mike Vellucci, having flourished in four junior seasons with Plymouth of the OHL (100 goals, 220 points in 215 games) when Vellucci was coach. … Will be playing in the AHL for the first time since 2016-17 with San Diego and has 23 goals and 40 assists for 63 points in 116 AHL games.

Age/Hometown: 22/Espoo, Finland. Notable: The 2016 second-round draft pick by the Penguins signed a two-year contract rather than play his senior season at Providence College where he made three straight NCAA Tournament appearances and played in last season’s Frozen Four. … Scored 17 goals last season for Providence.

Age/Hometown: 26/Stamford, Conn. Notable: Led the Penguins in goals last season with 23. … Has 50 goals, including 10 game-winners, and 54 assists in 173 games over the past three seasons here. … Was a second-team All-American in the last of his three seasons at RPI where he scored 28 goals to rank fourth nationally. … Helped the U.S. win gold by the 2011 Under-18 World Championships when he scored two goals in six games. 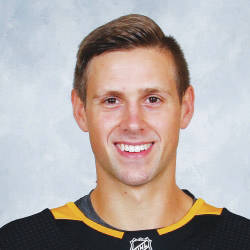 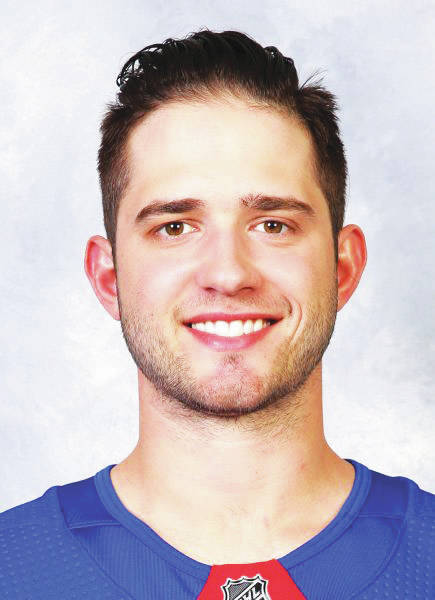 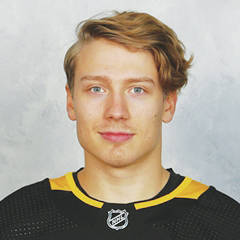 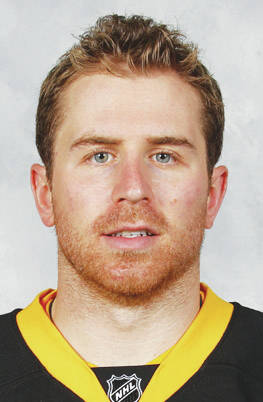 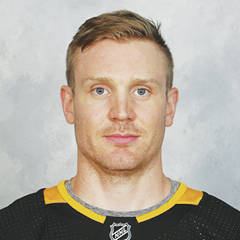 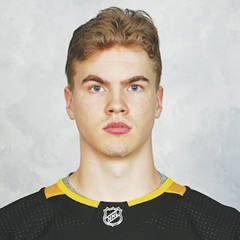 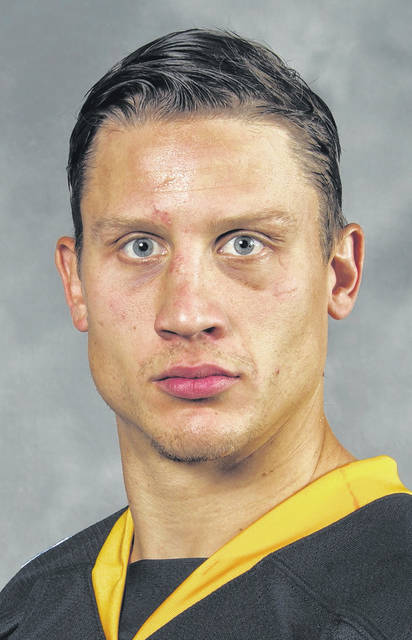 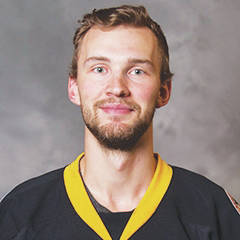 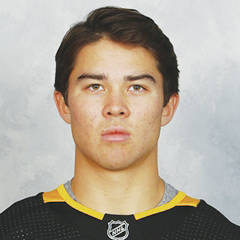 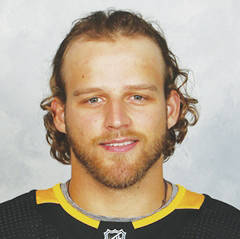 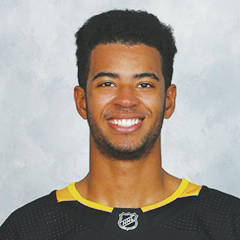 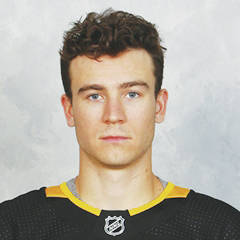 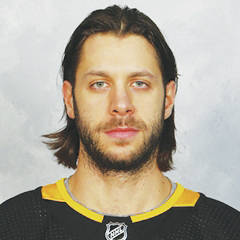 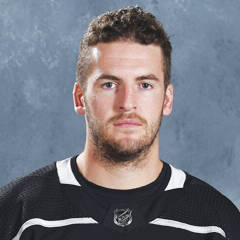 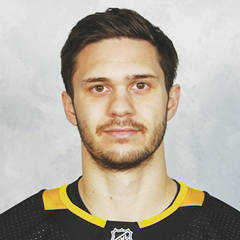 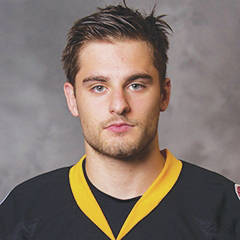 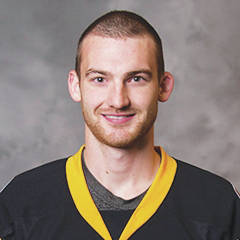 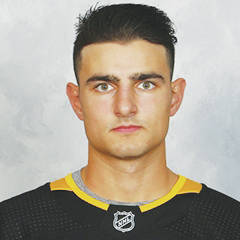 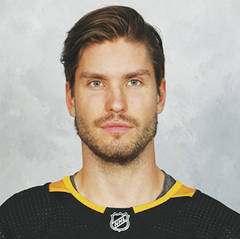 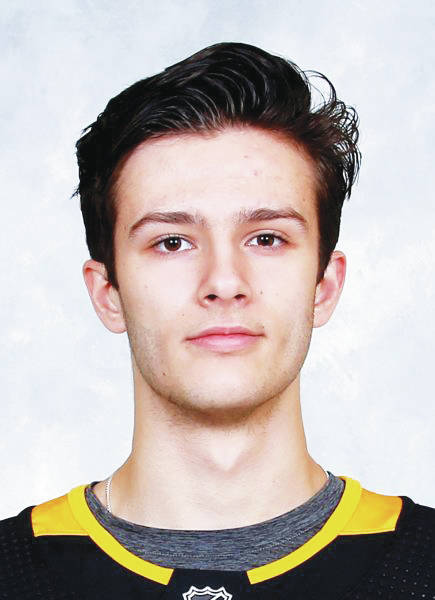 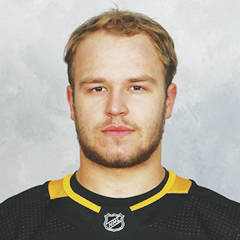 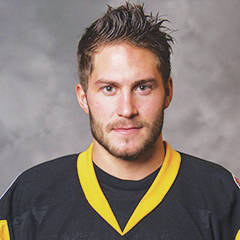 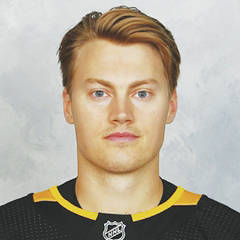 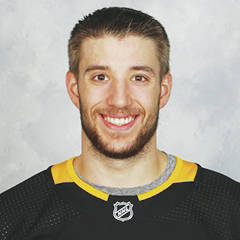 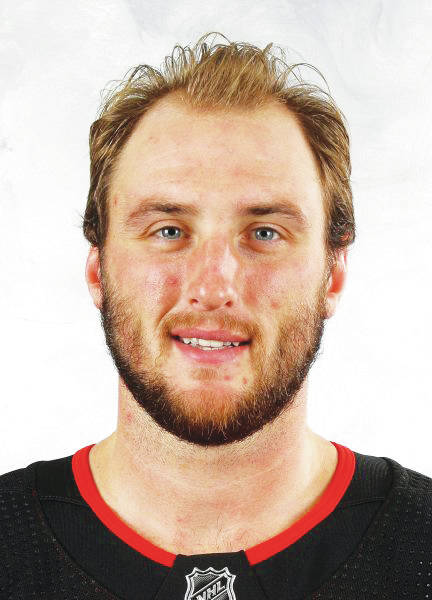 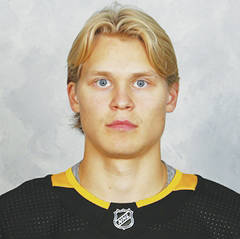 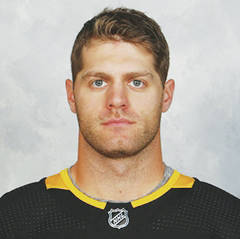 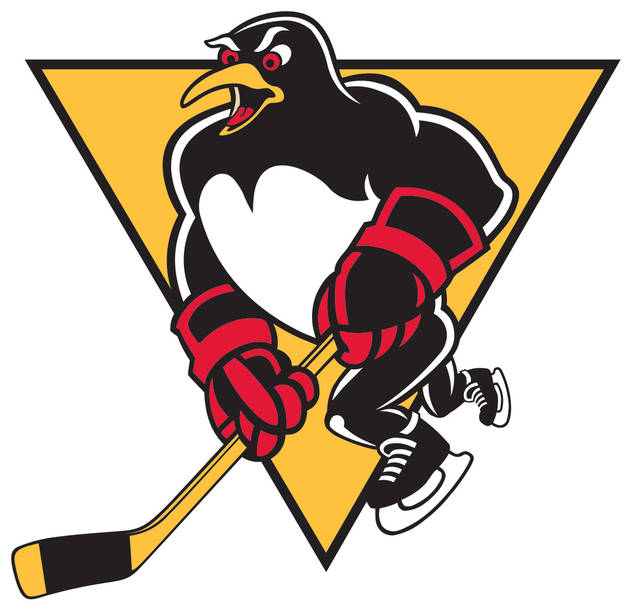 Canada rallies from behind to open U18...