Trending Now
AHL All-Star coaches have learned to deal with...
Dellandrea and Silovs named to Vaughn CHL Team...
Catching up with Quinton Byfield – Ontario Hockey...
Vaughn Saves of the Week – Jan. 28,...
OHL Cup Powered by Under Armour Week 9...
Will the Battle of Alberta turn into Bertuzzi...
5 Players I want the Leafs to trade...
If this season goes sideways, the Predators will...
After Sergei Mozyakin makes KHL history, which other...
Kubota Top Prospect – Jean-Luc Foudy – Ontario...
Home NCAA WATCH: Wisconsin women’s hockey player scores first goal with her dad on the radio call
NCAAWomen's Ice HockeyWomen's Leagues

Friday night, in their first home game of the year, Wisconsin’s women’s hockey team unveiled their championship banner from the 2019 season and blew out Penn State 7-0.

But for Wisconsin play-by-play radio announcer Brian Posick, the highlight of the night came with 5:35 left in the first period.

Badgers junior Maddie Posick collected a pass at center ice, carried the puck across the blue line and snapped a wrister past the Penn State goalie for the first goal of her career.

The emotion in Brian’s call may have betrayed the fact that he had a unique interest in the goal — Maddie happens to be his daughter.

Watch the fantastic goal and call below:

ICYMI, Maddie Posick scored her first goal as a Badger tonight with her dad on the TV call! #OnWisconsin pic.twitter.com/60R1Sb2veT

Maddie Posick tallied 21 shots in her first two seasons with the Badgers, but had yet to find the back of the net before Friday.

After the game, Maddie was surrounded by media in the locker room as she talked about the breakthrough moment, and how her cage hit her teeth during her celebration. One of the reporters, Brian, nagged the junior for not wearing her mouthguard.

“See, dad, it wasn’t my fault,” she said, before conceding. “I should be wearing one.”

#Badgers @maddieposick had a lot to smile about netting her first collegiate goal tonight! pic.twitter.com/6l6uCRVV1F

A (non-related) reporter asked Maddie if she had seen the video of the call yet.

“My sister showed it to me,” she said. “I’m just overwhelmed with emotions. I just teared up right away. I couldn’t even look at the video, I just had to hear his voice. Hearing him say Posick is making me choked up now. It’s incredible.”

Daniel Wilco has worked at the AJC, Sports Illustrated, and SEC Country. His writing has also appeared on SI.com, Men’s Health, and The Cauldron. 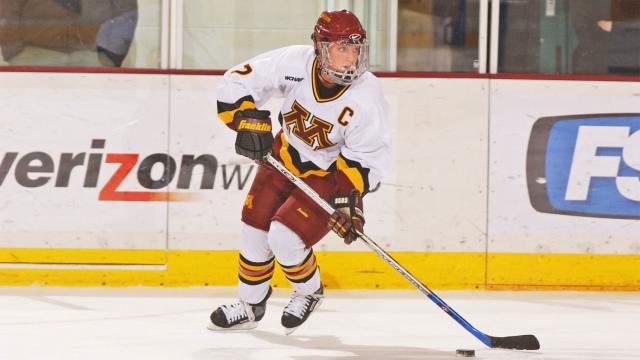 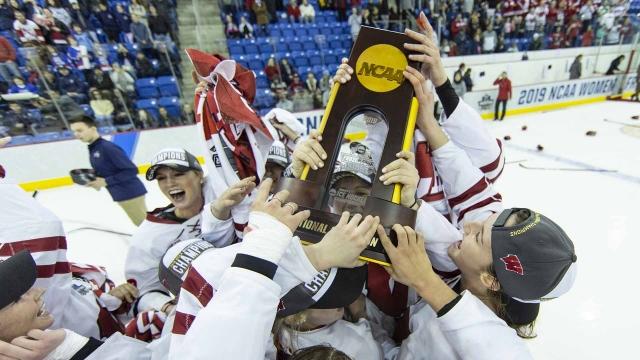 The NCAA and Boston University Athletics have announced that all-session tickets for the 2020 NCAA Women’s Frozen Four at Agganis Arena will go on sale on Aug. 2 at 10 a.m. ET at NCAA.com/tickets. 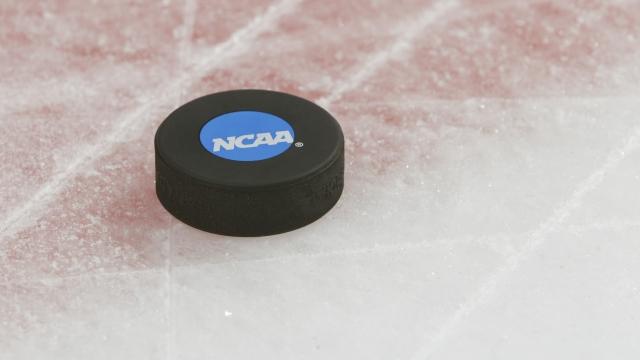 Offsides, too many players on the ice to be reviewed by coach’s challenges only.

Future Watch: Five NHL prospects who will earn call-ups sooner rather than later

Wolejko a Perfect 8-for-8 in Shootout as Whale...