BROOKLYN – Shannon Doyle, the Connecticut captain and NWHL All-Star who led the league in 2019-20 in blocked shots – while raising funds for literacy with each deflection – has signed a contract with Connecticut for the upcoming season. For the original member of the Whale, it will be her sixth NWHL season.

“Connecticut is my home and the Whale have become my family over the years, so it is a dream to have the opportunity to wear the Whale logo on my chest again,” said Doyle, a native of Sutton, Ontario. “I’m honored to re-sign with the Whale for my sixth season in the NWHL.”

Doyle led the NWHL last season in blocked shots with 65. Prior to the season, the defender/English teacher unveiled #BlocksforBooks, which raised awareness for the literacy organization Room to Read. With the support of several teammates, opponents, coaches, women’s hockey media, friends, the Worcester Academy girls’ hockey team, and others, Doyle’s initiative raised more than $2,200.

Doyle also had 2 goals and 9 assists for a pro career-high 11 points in 24 regular season games. She tied Kaycie Anderson for the team-lead in points, and her 65 shots on goal were second to Emma Vlasic’s 67. She finished third in the media balloting for NWHL Defender of the Year, and played in the All-Star Game for the second consecutive year.

Prior to turning pro, Doyle played two seasons at Colgate before transferring to Boston University. In her junior season, the Terriers reached the NCAA championship game, and Doyle earned Hockey East First Team All-Star and New England Division I All-Star honors, while leading Hockey East in blocked shots. In her final season, she led BU with a plus-33 rating and was tied for third nationally for points among defenders. She finished her college career with 14-65-79 in 137 games.

Before college, Doyle was a member of gold medal-winning Team Canada at the U18 IIHF World Championship in Chicago in 2010.

While playing in the NWHL, Doyle teaches Seventh and Eighth grade English at The Greenwich Country Day School in Connecticut, and serves as Girls’ Varsity Head Coach of the school’s hockey team. She also volunteers at hockey clinics throughout the region.

View Shannon’s player page for her bio and more info. 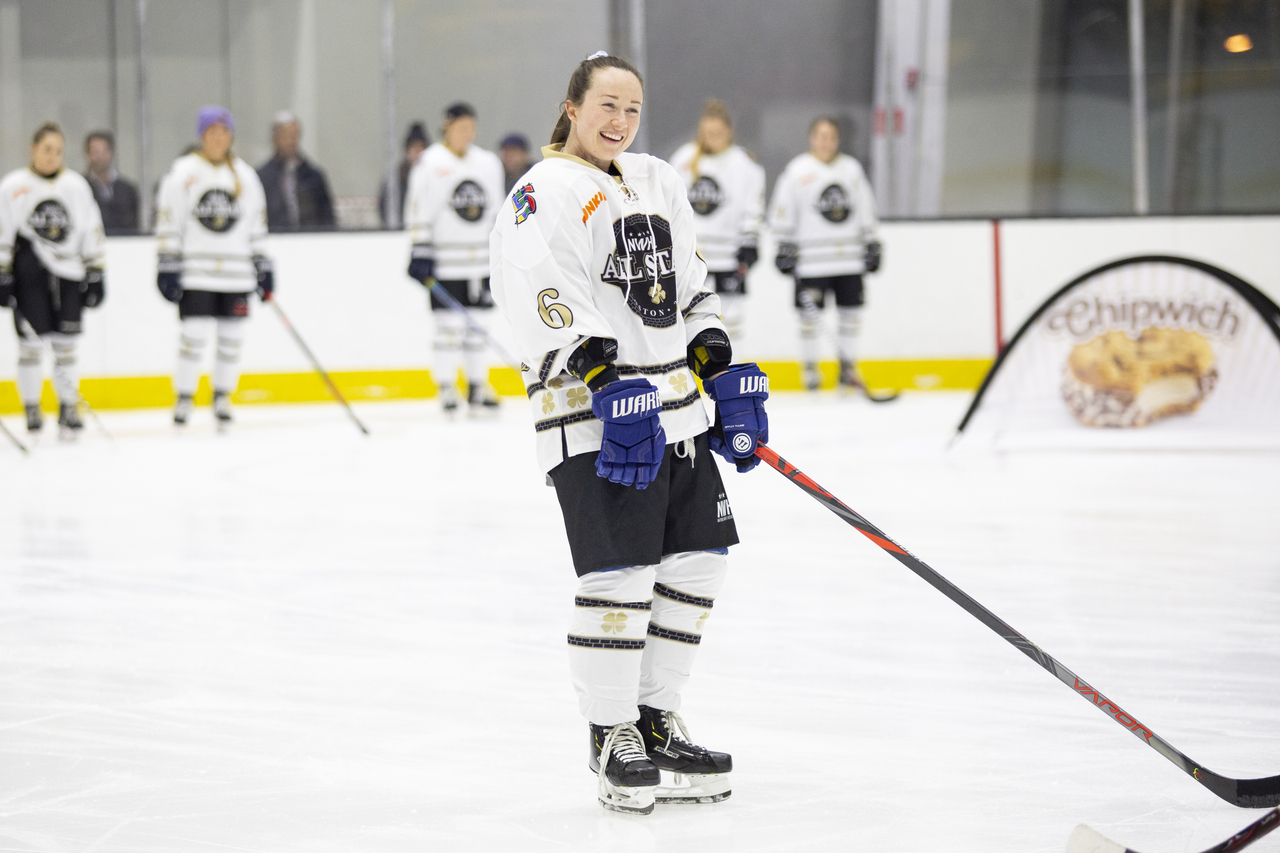 Established in 2015, the NWHL was the first professional women’s hockey league in North America to pay its players. The mission of the league is to fuel the continued growth of the sport and brand of pro women’s hockey. The league is made up of the Boston Pride, Buffalo Beauts, Connecticut Whale, Metropolitan Riveters, and Minnesota Whitecaps. Visit NWHL.zone and follow on Twitter and Facebook @NWHL and Instagram @NWHL.zone

Russell swapping glory for the garden

The Week That Was – QMJHL returns with...

Behind Corey Crawford’s career-high 48 saves, the...

Kirwin and Woolley all in with Attack...