Trending Now
OHL Memory Minute: Sept. 19-22, 2019
The Stars Need More From Tyler Seguin
“I Would Run Through a Wall for This...
Skalde the man for Devils
The Hockey News Podcast: Where will Matt Murray...
Sommer returning to Barracuda | TheAHL.com
Why the Leafs should not sign Mikael Granlund
TSN speculates on who the Leafs would protect...
BOSTON PRIDE’S NWHL TITLE BANNERS JOIN CITY’S OTHER...
With Kucherov in Beast Mode, Can Tampa Take...
Home NCAA Women’s hockey: Boston’s Corinne Schroeder highlights this week’s three stars
NCAAWomen's Ice HockeyWomen's Leagues

Each week, NCAA.com will take a look at the best performances from DI women’s college ice hockey. Let’s spotlight the three stars for the week of Dec. 3 through Dec. 9. 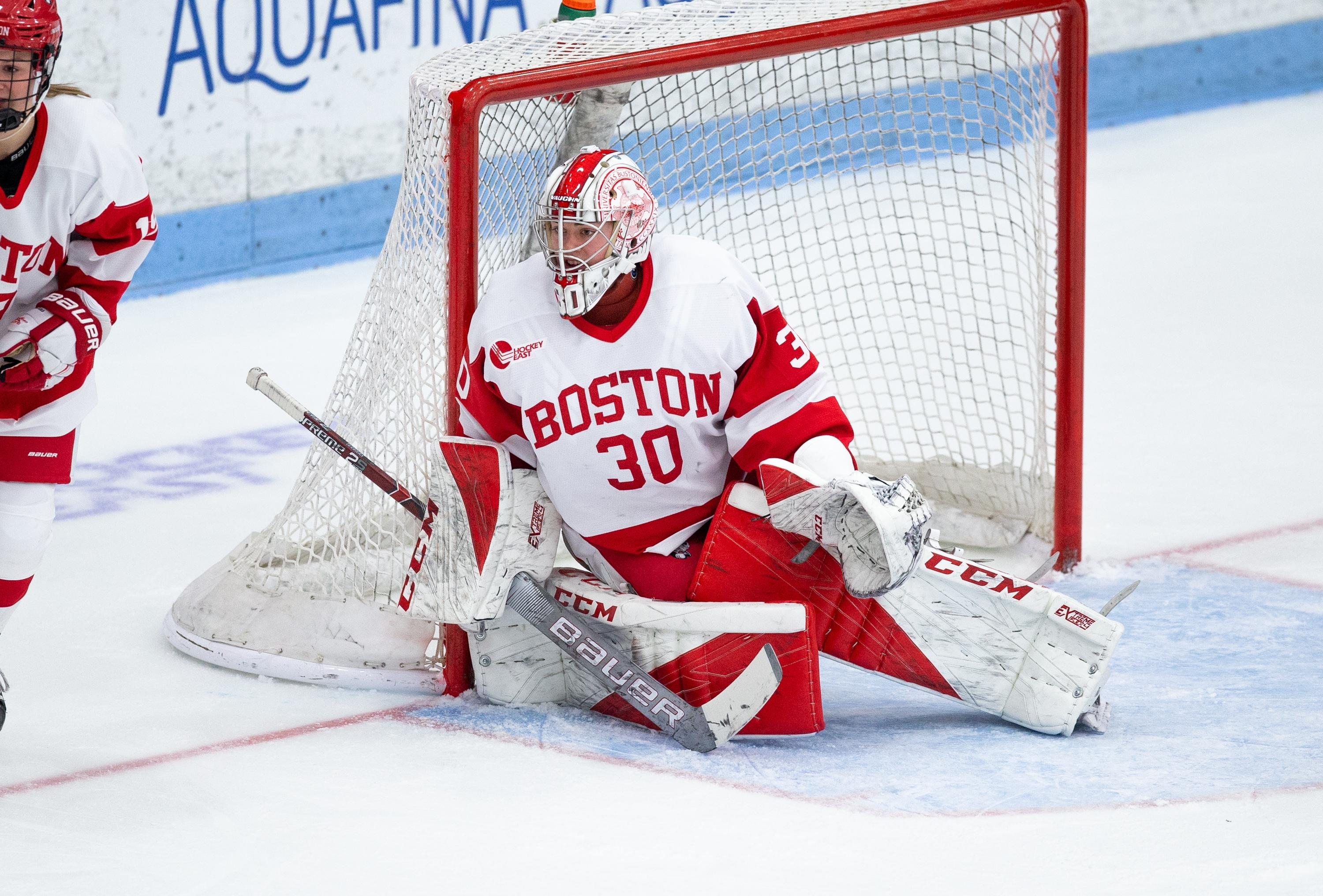 Corinne Schroeder stopped all 21 shots that she faced for her second shutout of the season on Friday, a 6-0 win against Boston College. The Elm Creek, Manitoba native then made 25 saves and did not allow a 5-on-5 goal in a 2-1 win against the Eagles on Saturday. Schroeder’s shutout streak was snapped at 172:22 with a power-play goal by Boston College. The junior netminder has not allowed a 5-on-5 goal in her last 179:54 of work. She allowed just one goal in two games to a Boston College team that had been averaging 3.41 goals per game to that point. 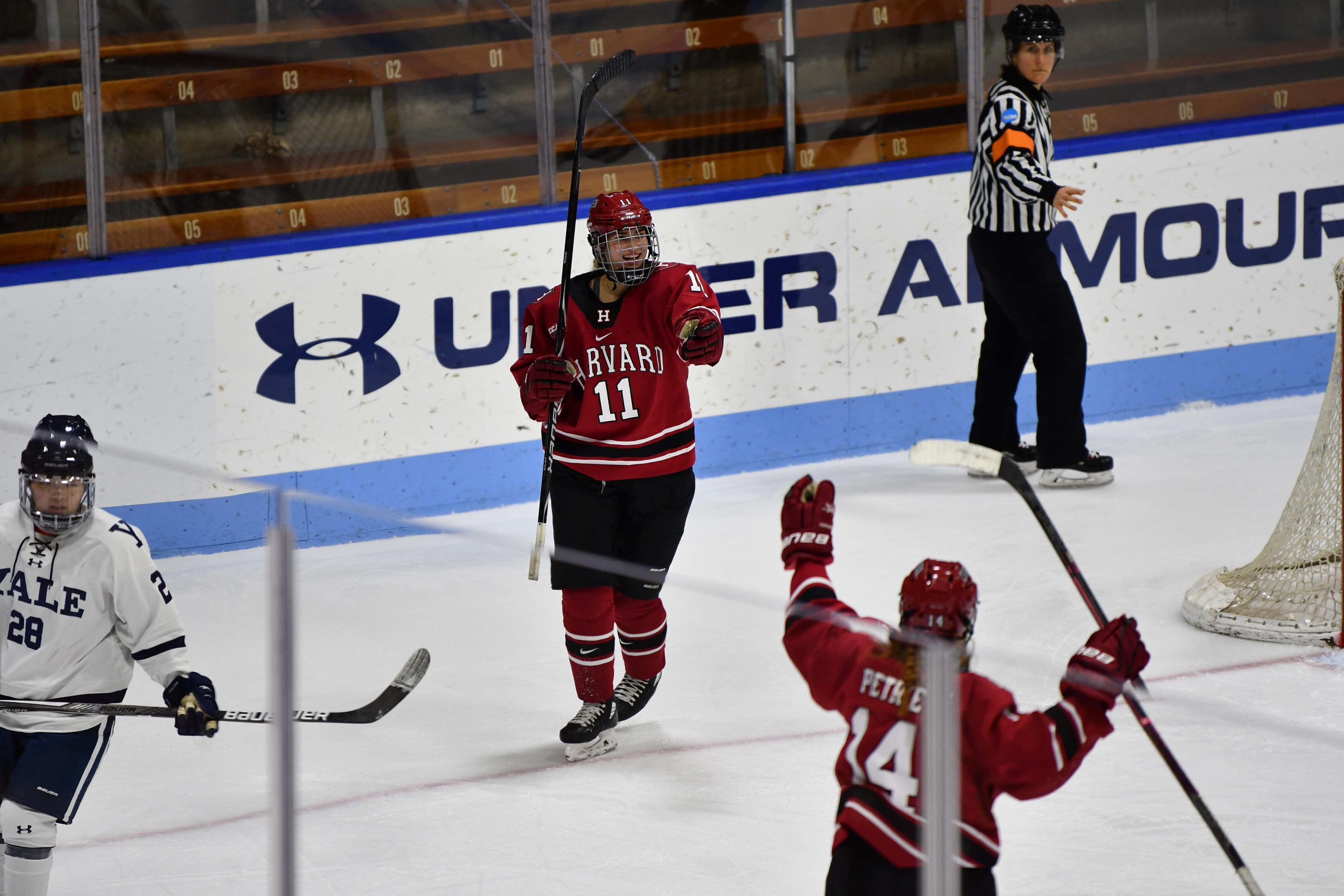 The Caledon East, Ontario native was instrumental in Harvard’s weekend sweep, scoring game-winning goals in both contests to help the Crimson improve to 7-0-0 in ECAC Hockey play. Her hat trick on Friday was the sophomore’s second of the season, and she’s now scored 10 goals in just 11 games played (0.91 per game), which ranks second in the nation. Della Rovere finished the weekend with five points on four goals and an assist to go along with seven shots on goal and a +4 rating. 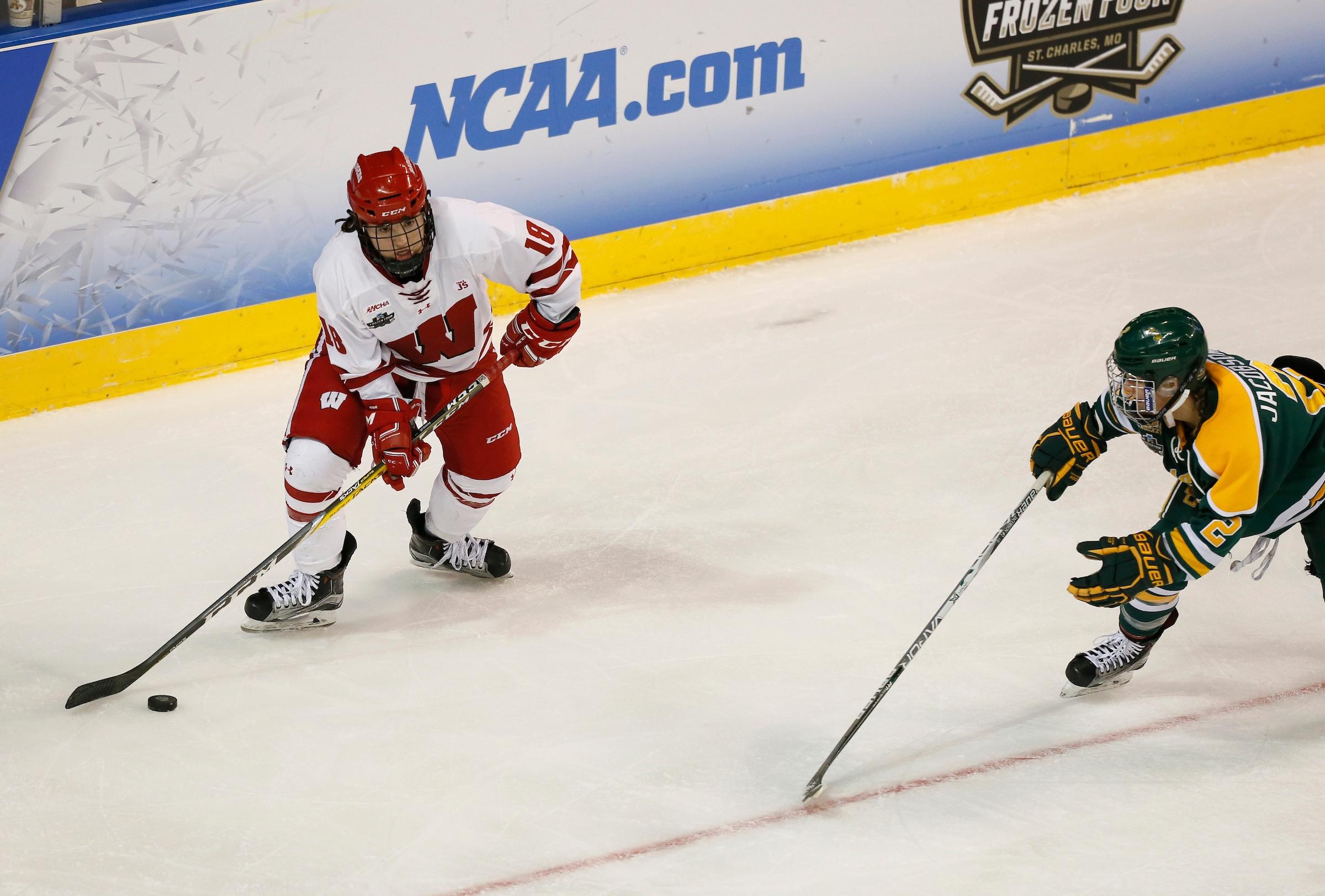 Abby Roque enjoyed an NCAA-best six points during the No. 1 Badgers’ sweep of No. 10 UMD in Wisconsin’s final series of 2019. Roque had a part in all four of the Badgers’ goals in their 4-3 thrilling win against UMD as she scored two goals and added two assists, including the primary helper on Alexis Mauermann’s game-winning tally with 75 seconds remaining in the game. Roque added a pair of assists in Wisconsin’s 5-2 win against the Bulldogs on Saturday night. She finished the weekend with six points on two goals and four assists in addition to six shots on goal and a +4 rating.  Roque is only two points away from matching her career-high of 43 points from last year, and she ranks second in the country in scoring with 41 points.

The college hockey careers of these 5 NHL captains in 2019

When the 2019-20 NHL season begins this week, just five teams will have captains who played college hockey. Here’s a quick look back at the highlights of their careers.