PITTSBURGH, Pa. —  Taylor Wente scored the game-winner on the power play in overtime for the Gophers after Robert Morris sent the game to overtime with a goal with an extra attacker in the game’s final minute as the No. 2 University of Minnesota women’s hockey team secured a 4-3 win over RMU at Colonials Arena on Friday afternoon.

Alex Woken then tied the game on a power-play goal midway through the middle frame before Gracie Ostertag scored her first career goal to give the Maroon & Gold a 3-2 lead with 7:56 remaining, but the Colonials tied the game with 51 seconds remaining to force overtime.

The Gophers outshot the Colonials, 37-27, for the game and Sydney Scobee made 24 saves. RMU was led by Raygan Kirk’s 33-save effort and got goals from Natalie Marcuzzi, Jaycee Gebhard, and Michaela Boyle.

Quotable
“Well, it was a really tough win on the road here today,” head coach Brad Frost said. “Our kids battled through with a lot of special teams both ways.”

“We had some really big penalty kills there in the third, and we were fortunate to get one in overtime there to get the win. Credit Robert Morris, they played incredibly tough. We need to find a way to be a little better tomorrow.”

Notable
The Gophers were six-for-six on the penalty kill against the Colonials while going two-for-eight on the power play in a game that saw 32 combined penalty minutes between the two teams.

Up Next
Minnesota and Robert Morris wrap up this weekend’s non-conference series at 2:05 p.m. CT Saturday before the Gophers return home to resume WCHA play by hosting St. Cloud State at Ridder Arena next Saturday, Oct. 19 and Sunday, Oct. 20. 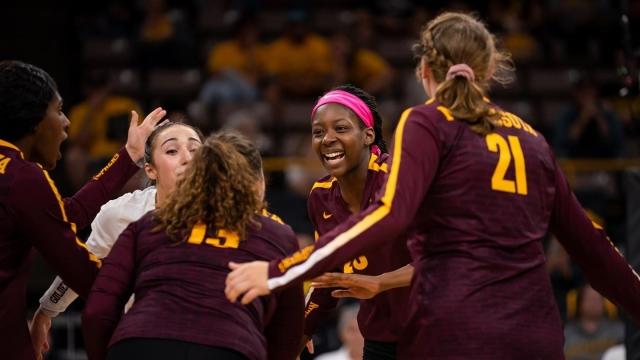 Minnesota vs. Wisconsin volleyball: Preview, history, how to watch

No. 6 Minnesota will take on No. 7 Wisconsin in a top-25 matchup. Wisconsin and Minnesota are both 5-0 in the Big Ten. 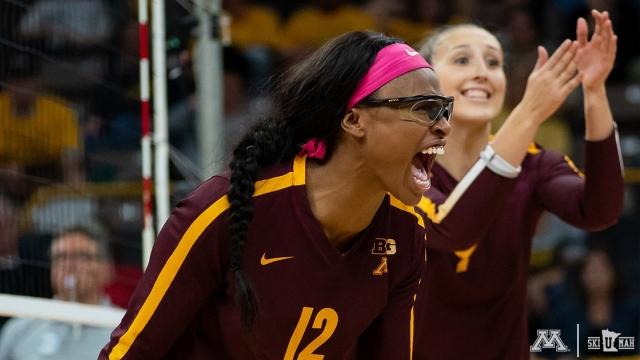 No. 6 Minnesota vs No. 17 Illinois: Preview, statistics, how to watch

Minnesota will start off their difficult week in college volleyball with a match against Illinois this Wednesday. 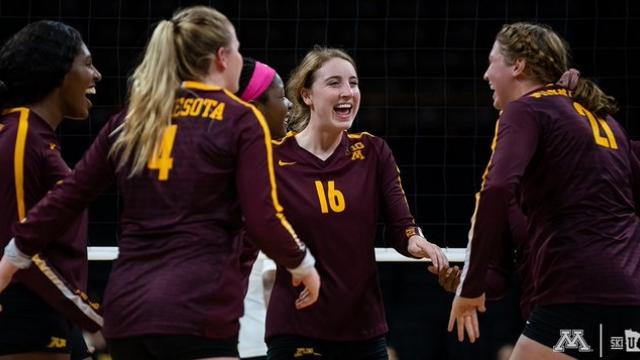 Michella Chester breaks down the top 3 college volleyball games to watch this week.

False Start: Five veteran NHLers who need to pick up the pace